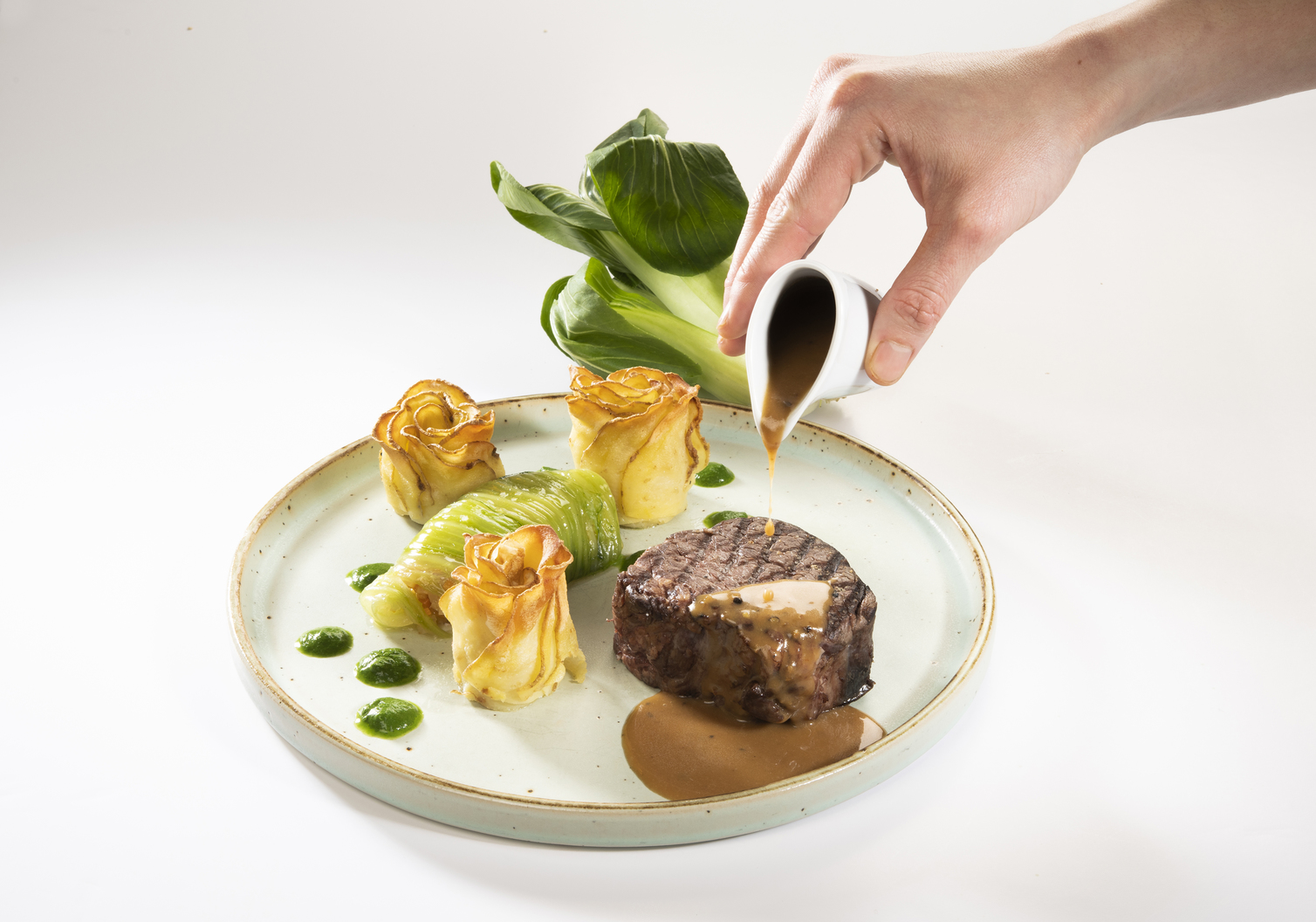 "A HIGH FLIGHT COURSE Committed to Franck Giovannini at the European and World Bocuse d'Or in 2010 and 2011, first at the Grand Prix Joseph Favre in 2018, or having passed through the Hôtel de Ville de Crissier (19/20), in particular, Cécile Fontannaz has a CV that takes your breath away! She arrived at Les Trois Couronnes in 2014, and six years later, in the midst of a confinement, she was appointed head of the brigade" (Gault & Millau)

At the restaurant "Le 3C", Cécile Fontannaz proposes her alpine cuisine, based on seasonal and quality products from the Alpine arc.

From the Maritime Alps to Trieste, via Switzerland and Austria, her cuisine will take you on a light-hearted journey.
In an effort to reduce our carbon footprint, vegetarian menus as well as the possibility to choose your meat and fish in reduced portions will be offered.